We are pleased to celebrate BDBF’s seventh anniversary of its founding on 1 November 2012.

We start the year having grown to a fantastic team of five partners , seven lawyers and a six strong practice team. 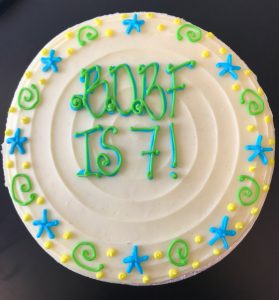 Being a ‘go to’ senior executive firm was a founding ambition and we are proud to have achieved it. We are honoured to be ranked once again as a leading senior executive employment law firm in both Chambers and Partners and Legal 500 directories with four of our five partners being ranked or recognised. We were also delighted to be included in The Times newspaper top 200 UK law firms in 2019.

We have achieved landmark case-law in whistleblowing and discrimination cases resulting in seven figure employment tribunal awards of compensation, and on a daily basis we have achieved hundreds of valuable outcomes for professionals with career and reputation-saving outcomes.

Using our collective experience we have informed and influenced changes to the law on NDAs, sexual harassment, whistleblowing and the impact of funding cuts on access to justice to the employment tribunal. We have also contributed to a number of government consultations on employment law.

What sets us apart from many other law firms is that we have a majority in number of female equity partners in leadership and management roles, 100% retention rate of  lawyers returning from maternity leave, and of being promoted thereafter. It does seem strange that this is fairly exceptional when it should be the norm, but in our experience of the legal sector, and of dealing with countless maternity discrimination cases, it is something we feel able to be proud of.

Throughout the year we have participated in the Employment Law Association’s Employment Litigant In Person Scheme (ELIPS) by assisting claimants at the Employment Tribunal  on a pro bono basis. In June 2019, we participated in the London Legal Support Trust’s 10 km London Legal Walk raising vital funds for legal advice charities. In August 2019, we helped launch and were the first advisors on the U.K.’s pioneering workplace sexual harassment helpline managed by the charity, Rights of Women. We held a number of supporting events for City Giving Day in September 2019, including a quiz, bake-off and children’s clothes collection for the charity, Little Lives.

Thank you to all of our clients over the years, our colleagues, referrers and supporters, and our fantastic team at BDBF.